Vietnam’s aquatic export is hoped to hit US$9 billion in 2021 thanks to the recovery of consumption in key markets such as the US, the European Union (EU), and other potential markets. 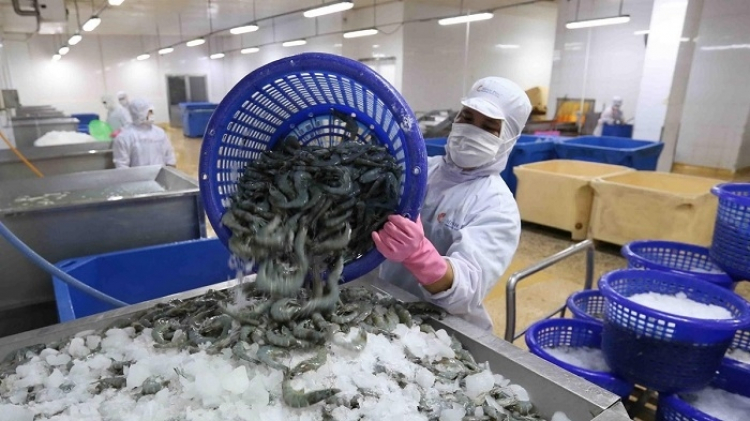 Vietnam’s aquatic product export in the first six months of this year reached US$4.1 billion, a year-on-year increase of 20%, according to the Vietnam Association of Seafood Exporters and Producers (VASEP).

Tra fish was one of the main contributors to the aquaculture’s export growth.

In the US market, two Vietnamese producers of tra fish have been given a zero-percent anti-dumping tariff, which helps facilitate shipment of the product to this market.

Export of Vietnamese tra fish to many markets including Mexico, Brazil, the UK, Thailand, the Netherlands, Colombia and Russia has showed three-digit increases, compensating for a decrease in the Chinese market, which remained the biggest importer of tra fish from Vietnam, accounting for 26% of the total.

Along with tra fish, the export of other seafood products also went up, contributing to the US$4.1 billion export turnover in the period.

VASEP reported that by the end of June 2021, tuna export earned US$364 million, up 24% against the same period last year. Meanwhile, the squid and octopus export totalled US$277 million, posting a year-on-year rise of 15%.

General Secretary of VASEP Truong Dinh Hoe said the export of squid, octopus and tuna has witnessed strong growths in most major markets in recent times.

The US is consuming 43% of Vietnam's tuna, Hoe said, adding that when the US market reopens, all tuna product segments have the opportunity to increase market share in this country.

Other key markets all have recorded optimistic signals with high growths, Hoe noted.

Typically, Vietnam’s export of squid and octopus to Italy, Canada and Israel climbed by 122%, 62% and 37%, respectively, in the Jan-June period. The biggest importer of Vietnam’s squid and octopus – the Republic of Korea with a market share of 41%, also showed a rise of 7-8%.

The trade turnover between Vietnam and the US this year...

The trade turnover between Vietnam and the US this year is expected to reach US$100...

Ministry of Public Security will write an additional note...

The economic growth target for this year remains unchanged with two scenarios of...

Foreigners will be able to own condominiums in Laos once the authorities enforce...

China-ASEAN Expo: new motivation for the development of...

The nation has a great opportunity to export rice, fruits, along with other agricultural...

Vietnam lures US$12.25 billion in foreign investment over...

As much as US$12.25 billion worth of foreign direct investment (FDI) was injected...