Vietnamese students brought home two silver and one bronze medals at the 2022 European Physics Olympiad, the Vietnam Physics Society (VPS) announced on May 25. 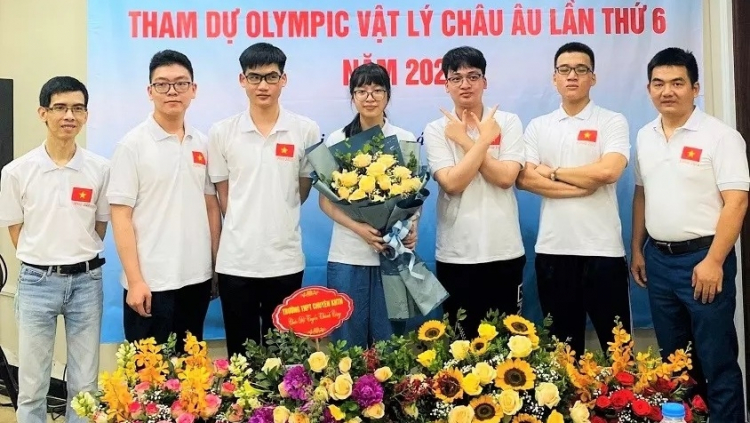 Meanwhile, the bronze medal was grabbed by Le Thuy Mai Anh from the Ha Long High School for the Gifted in the northern province of Quang Ninh.

This year, Vietnam sent five students to the competition, who had been selected by the VPS from those winning prizes at the national physics competition.

This year’s competition was held in Slovenia, drawing the participation of 182 contestants from 37 nations.

Come to Lao Cai to actualise your “white snow” dream

After reopening its doors to tourists in November, Quang...

A programme spotlighting Quang Ninh’s Ha Long Bay, one of the New 7 Wonders of the...

A Tet cake making contest for Vietnamese people in Singapore

US Deputy Secretary of State Stephen E. Biegun and foreign ministers stressed the...