Thailand’s Department of Marine and Coastal Resources is developing an AI robot to trap debris before it reaches the sea so as to prevent loss of marine life to plastic bags.

A school in Bangkok has students swim among plastic bottles to create awareness of plastic waste in oceans (Photo: bangkokpost.com)

The robots are expected to be launched by the end of this year. The prototype robot was unveiled on August 22 at a meeting of hundreds of local partners who are collaborating to protect marine resources in 22 coastal provinces.

According to Cholanat Yanaranop, president of SCG Chemicals, the robot was the brainchild of last year’s “SCG-DMCR Litter Trap” project aimed at preventing discarded plastic bags entering the sea.

Dubbed the SCG Smart Litter Trap 4.0, the prototype robot is 1.5 metres long and 1.2 metres high, and has the capacity to collect about five kilogrammes of plastic per trip. Powered by a solar panel, the internet of things (IoT) device also boasts machine-learning properties that allow it to adapt to the task.

The robot is programmed to collect plastic waste only by trawling the river guided by a mobile phone signal. It is a practical solution and communicates well with users, Cholanat said.

He added the working robot's capacity would be increased to over 100kg of plastic waste, saying his company has patented the technology, which could be used in developing countries where marine debris is a problem.

The robot is modelled on the SCG-DMCR Litter Trap, which used trap doors that opened to collect waste as it flowed with the tide. The original fish-basket-shaped trap runs 5 metres in length by 1.8 metres high and has a much larger waste capacity of 700kg. However, the trap is immobile and collects everything, meaning the plastic waste has to be sorted by hand, which is time consuming.

On August 22, the company handed 20 of these traps to the department, which plans to use them in pilot projects at 20 locations in 13 provinces, including Petchaburi, Nakhon Si Thammarat, Phangnga and Phuket.

Wijarn Simachaya, permanent secretary of the Ministry of Natural Resources and Environment, said the ministry was working at the local and international levels to reduce plastic bag consumption, pointing to the Bangkok Declaration on Marine Debris Management announced by ASEAN leaders at their summit earlier this month and backed with funding from the World Bank and Asian Development Bank.

“It takes around 450 years for plastic to decay in the sea, and we only started to use it 80 years ago. This a chapter in our challenge to live in an environment under severe pressure from marine debris and climate change," he said.

Thailand has been named the sixth-highest marine polluter in the world. About 2,172 tonnes of the 24 million tonnes of waste Thailand produces annually finds its way to the sea. About 57 percent of that garbage is plastic waste.

UN warns of violence against Rohingya Muslims in Myanmar

Vietnam joins drill on peacekeeping, mine action in Indonesia

The Bank of Thailand (BoT) has further cut its basic interest rate by 25 percentage...

The National ASEAN 2020 Committee convened its fourth meeting in Hanoi on October...

Trade between Cambodia and the US hit 4.3 billion USD in the January-September period,... 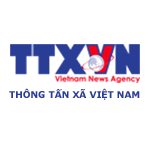 In a recent article, President of the Republic of Korea (RoK) Moon Jae-in expressed...

About 100 Cambodian alumniin Vietnam held a get-together in Phnom Penh on October...

The Central Institute for Economic Management (CIEM) and the Economic Research Institute...

An increase in the supply of milled rice in the Cambodian market has helped stabilise... 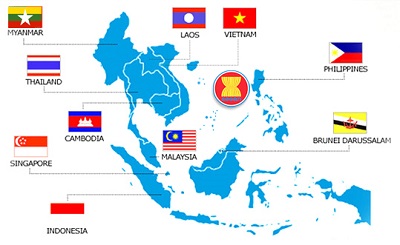