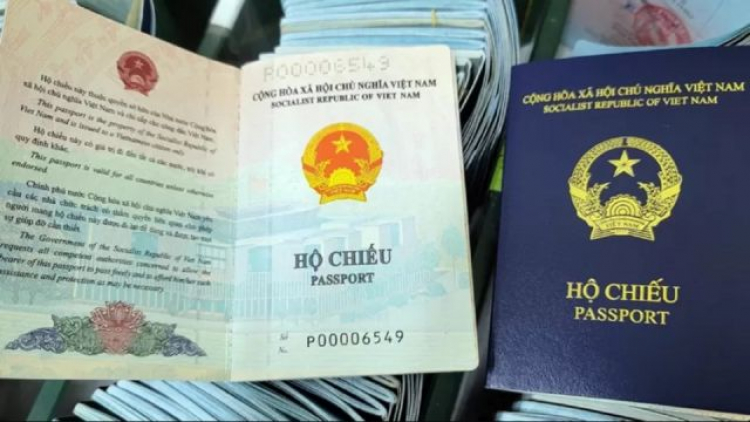 Addressing a press briefing of the Government in Hanoi on August 3, Lieut. Gen. Xo noted that the new-style Vietnamese passport that has been issued since July 1 meets the conditions and standards of the International Civil Aviation Organization (ICAO).

Currently, many countries such as Japan, the Republic of Korea, Switzerland, Mongolia, and Saudi Arabia do not have the phrase ‘the place of birth’ in their passports.

A majority of countries have recognized the newly issued Vietnamese passport, except for Germany, Spain and the Czech Republic, said Lieut. Gen. Xo.

The three countries in the Schengen area have refused to grant visas to holders of the new passport, reasoning that their passports lack information regarding the place of birth.

These are technical issues and the Ministry of Public Security and Ministry of Foreign Affairs are coordinating with relevant agencies of the three countries to solve the issues, said the Vietnamese General.

The Ministry of Public Security will also coordinate with relevant ministries and agencies to study legal provisions so that the citizen’s place of birth can be added to the personal section of the new passport, affirmed Lieut. Gen. Xo.

The Ministry of public Security has issued a new model of Vietnamese passport for local people and Vietnamese expats living abroad since July 1, 2022.

However, three countries in the Schengen area - Germany, Spain and the Czech – have so far refused to recognize the new passport, making it difficult for Vietnamese citizens to travel between Vietnam and these countries.

Representatives of the three countries reasoned that the new Vietnamese passport lacks information about the place of birth of the holder.

The Prime Minister requested that the Ministry of Public Security work out solutions to technical issues relating to the new passport model in order to avoid adverse impacts, especially when Vietnam is reopening to the world.

The situation in Myanmar becomes worse with dozens of protesters killed daily over...

The 38th Conference of the ASEAN Federation of Engineering Organisations (CAFEO),...

Sa Pa Town is well known for its majestic natural landscape and the weather of four...

Phu Quoc Island is one of the first destinations to welcome...

Five cities and provinces are allowed to open from November 20 to international...

Thailand's Ministry of Education said on May 21 that it is coordinating with the...

ASEAN and Germany reaffirmed their commitment to further strengthen relations and...

Cambodia’s Ministry of Foreign Affairs and International Cooperation notified the...

NA leader calls on Austrian businesses to invest in Vietnam