The Ha Giang Provincial Department of Culture, Sports and Tourism will host a culture and tourism week from September 4 to 30 to highlight the terraced rice fields in Hoang Su Phi District. 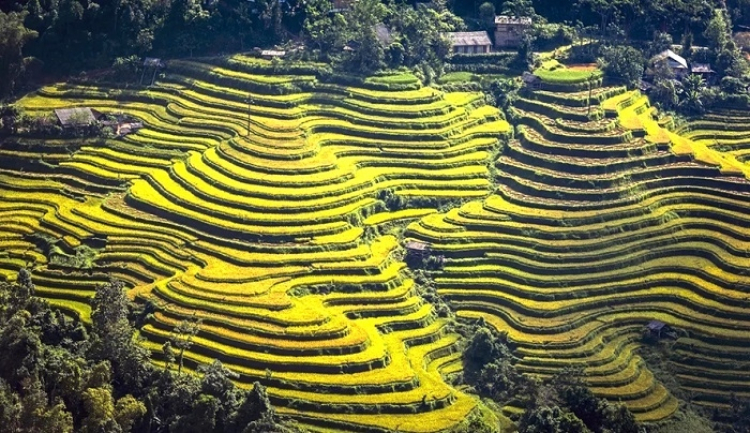 Entitled ‘Travelling to the heritage lands across terraced fields in Hoang Su Phi’, the event will feature a cultural festival of the Mong ethnic group residing in 12 communes in the province, off-road races in Vinh Quang Town, and a rural market displaying cultural products and local socio-economic achievements.

Visitors to the event can also take part in a paragliding contest over the golden terraced fields in the communes of Nam Ty and Thong Nguyen, plus sporting events and cultural experiences.

The culture and tourism week is expected to promote the beauty of terraced fields as well as traditional cultural value of ethnic group in in Hoang Su Phi District and Ha Giang Province in general, thus rejuvenating local tourism sector after COVID-19.

Spanning numerous communes in Hoang Su Phi District, the terraced fields are evidence of centuries of wet rice cultivation by ethnic minorities in the area, including the Nung, Dao and La Chi ethnic groups. The fields were recognised as a national heritage site by the Ministry of Culture, Sports and Tourism in November 2011.

Quang Ninh promotes sea tourism to keep up with the trend...

Vietnam ready to act as a bridge between ASEAN and Russia

As an active member of the Association of Southeast Asia Nations (ASEAN) and a reliable...

Russia appreciates the efforts made by Vietnam as the Chair of ASEAN in 2020 and...

A special meeting of the ASEAN Coordinating Council (ACC) and a special conference...