ASEAN is a community of people in Southeast Asia with hundreds of different ethnic groups, therefore, customs and practices are extremely diverse, creating a colorful and brilliant picture. At the same time, in the process of development, ASEAN countries had been invaded by Western powers, and have a history of intermingle between many cultures from countries inside and outside the region. In that context, regional cultures can be inevitably influenced and evolved differently. 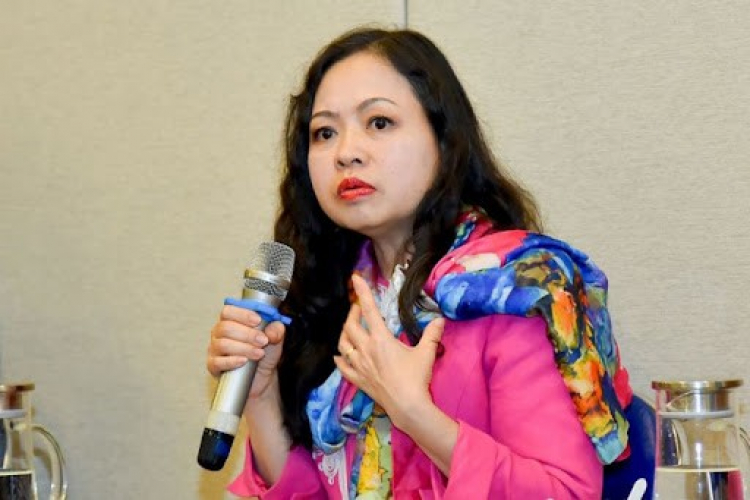 However, the traditional cultures have not been changed much, thus creating an ASEAN culture that is both diverse and unique. For such characteristics, in order to develop from an Association of regional countries to a Community of countries and societies in the region, ASEAN has adopted the motto "unity in diversity" as a guideline.

In daily life, culture is often understood as literature and art such as poetry, fine arts, theater, cinema, etc. Or understood in another common way that culture is a way of life including food style, clothing, behavior and even belief and knowledge, etc. However, according to anthropology and sociology theoretical science, the concept of culture is mentioned in a broader sense, including all components of human life. Accordingly, the diversity in ASEAN culture also needs recognizing in many aspects.

In terms of language, there are hundreds of different languages in Southeast Asian countries. In Indonesia, there are 200 ethnic languages ​​coexisting; in Myanmar- 135, in the Philippines - 80 national languages​​, etc. Regarding writing, historically, some Southeast Asian ethnic groups have borrowed the Han characters and Pali - Sanskrit characters to build their own scripts. In the 13th century, the Austronesian countries of Malaysia and Indonesia were strongly influenced by Arabic script. Since the sixteenth century, due to the influence of the West, the scripts of some Southeast Asian countries have been converted to Latinization direction (Brunei, Malaysia, Indonesia, Philippines and Vietnam) and used until now.

Regarding religion, in the process of being invaded and colonized by Western countries, Southeast Asian countries were gradually influenced by two typical religions, Christianity and Buddhism. These are the two religions that are believed and worshiped by many people in the region. Additionally, many Southeast Asians also follow other religions such as Islam, Protestantism, Cao Dai, Hinduism, etc. At the same time, in the process of adopting these religions, Southeast Asian countries have absorbed them selectively, harmoniously combined indigenous and imported cultures, to create their own identities. Therefore, we can easily see the difference between Buddhism in Thailand, Myanmar, Laos and Buddhism in India; Confucianism of Vietnam is different from in China, etc.

About the festival, it is very vibrant and national colorful. If the Lunar New Year in Vietnam left a deep impression on tourists around the world with the image of families gathering, uniting together to enjoy the New Year's meals and the trays with full of Vietnam’s typical dishes, and other countries in the region also have typical festivals with different meanings, such as Thailand's water festival, Myanmar's offering festival, Philippines' masquerade festival, Malaysia’s Deepavali Light Festival, Cambodia's boat racing festival, Singapore’s Tropical Christmas festival, etc. 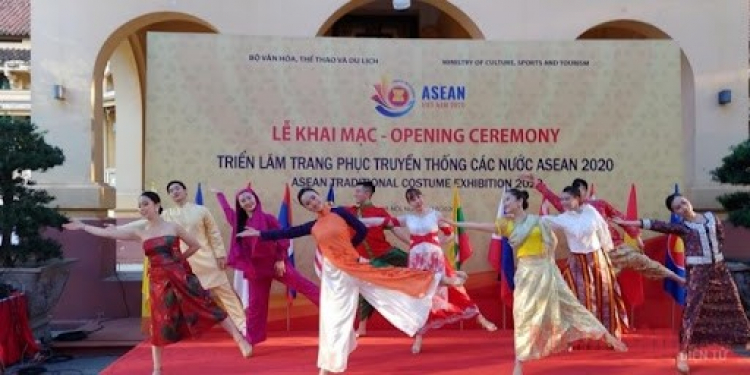 A performance at the ASEAN Traditional Costume Exhibition held on October 21, 2020 at the National Museum of History, Hanoi. (Source: Hanoi Department of Tourism)

Despite their diversity, cultures in Southeast Asia also have many things in common, which serve as the basis for ASEAN unity and solidarity.

Firstly, Southeast Asian countries have the most common feature of producing wet-rice agriculture as the main mode of economic activity and therefore, agricultural culture is one of the original elements of Southeast Asian culture.

Also by farming and living in an area dominated by tropical and monsoonal climate systems, Southeast Asian people have created diverse and profound ethnic and local cultures. People in the area live mainly on rice with two forms of farming: rice fields/kaingin, at the same time taming cattle for pulling power, making tools for work and building irrigation systems.

Since then, residents have a habit of concentrating on living in areas with water sources, creating the characteristics of living in villages. Family values, respect for the elderly, respect for ancestors, roots, building a strong community tradition, etc. have become common characteristics for the culture of countries in Southeast Asia. The ASEAN consensus identity also has its roots here.

Secondly, because agriculture and the early days depended heavily on nature, the view of animism and the belief of worshiping nature gods are common in the region. Therefore, festivals are often held at the beginning of the season or after the harvest, first to sacrifice to the gods for blessing the harvest, then to let the people have fun after hard working days. This is an area with a variety of folk performances, traditional music and musical instruments that are very close to nature.

The cohesion among ASEAN member countries is built on four factors. First, emphasize equal rights and narrow the development gap between member countries. Second, strengthen consultations among member countries to enhance understanding and strengthen consensus. Third, open more frameworks and cooperation mechanisms with external partners, in which ASEAN always tries to have a common voice. Fourth, make use of commonalities in culture, tradition and history to promote the connection between people and people.

Besides, along with the economic development of the region, the progressive traditional cultural values ​​of ASEAN countries are increasingly focused and promoted, becoming an important driving force for the development of each country and the whole region. At the same time, ASEAN itself also uses culture as a tool to unite peoples and countries into a unified, diverse and identity cultural community.

Culture and art are one of the important foundations contributing to the building of the ASEAN Community, on the basis of exchanges and mutual understanding. Therefore, building an ASEAN Community with unique culture, unity in diversity to maintain peace, stability, economic development and common prosperity is an inevitable step. It is also the basis for building the ASEAN Community on three pillars: the Economic Community, the Political-Security Community and the Socio-Cultural Community. 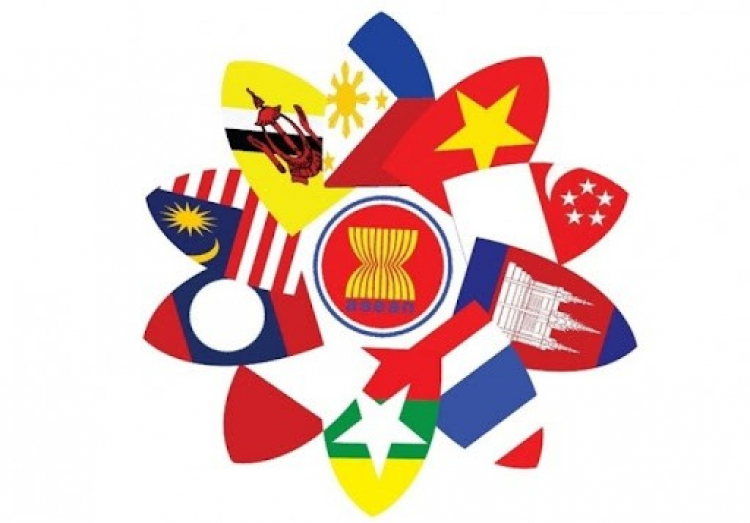 Despite their diversity, cultures in Southeast Asia also have many things in common, which serve as the basis for ASEAN unity and solidarity. (Photo: VGP)

In particular, from a cultural perspective, ASEAN needs to focus on 3 points: Firstly, strengthening the responsibility of ASEAN citizens to society and the contribution of ASEAN citizens to ASEAN culture. Secondly, promoting harmony and equality among the peoples of ASEAN. Ethnic groups, while maintaining their cultural identity, must actively contribute to the building of ASEAN identity and strengthen unity in cultural diversity. Third, improving the cultural and spiritual life of the ASEAN people to ensure the parallelism and balance with the development of material life.

The ASEAN identity construction is also based on 4 elements. Firstly, strengthening the sense of community of ASEAN countries. Secondly, inculcating the ASEAN way in every step of the organization, which is consensus, gradualism and non-interference to each other's internal affairs. Thirdly, promoting links with other regions but always play a leading and central role in these links. Fourthly, improving the quality of life of the ASEAN people, strengthening the ability to adapt to global issues, and using cultural diversity as the unique cultural identity of the region.

Thus, connecting member countries together and building ASEAN identity, all have in common is taking advantage of cultural factors and promoting ASEAN's cultural diversity for development. Therefore, in the ASEAN Vision 2025, from a cultural and social perspective, ASEAN has emphasized the need to further enhance the role of culture in the sustainable development of the ASEAN community.

Culture is both an important element in the lives of the 10 ASEAN countries and a cross-cutting goal in the common effort to build an ASEAN community, so ASEAN culture needs to reach unity for: One Vision, One Identity.

Building a green economy and takeaways for Vietnam

Actively learning from countries around the world and effectively using both domestic...

On the occasion of the official visit of Vietnamese Foreign Minister Bui Thanh Son...

Vietnamese student in Laos wishes to serve as a bridge...

Nguyen Duc Long, an international student majoring in Political Science at the Faculty...

Long-term pass holders from India, Indonesia and Philippines will not be allowed...

Cambodia attracted a total of 3.84 billion USD worth of construction investment...

The ASEAN Center of Military Medicine (ACMM) on March 5 held an online meeting to...